I want to talk about brief encounters. Not ‘Brief Encounter’ the 1945 classic British film scripted by Noel Coward and starring Trevor Howard and Celia Johnson. But the brief encounters we experience and that Jesus experienced in the gospels. Brief and potentially life changing. They may not be romantic, like the classic film, but they certainly can touch deep feelings. Brief, rollercoaster encounters, just like the roller coaster music by Rachmaninov, the theme music for ‘Brief Encounter’ at Noel Coward’s request.

We begin with an extraordinary encounter that Jesus had with a woman who was very distressed, weighed down with a burden that many of us may relate to. Her little child was sick. In the gospel (Mark 7:24-36) the little girl is described as being possessed of a demon, and no further explanation is given. Whether it was a spiritual distress that she was manifesting with some kind of physical and psychological side effects, we do not know. The point is not the affliction itself but the burden of the mother, and where she should turn? She had numerous obstacles to face apart from the affliction of her daughter. What are the obstacles we are told in the story?

Tyre and Sidon were Roman seaports, places full of ‘foreigners’. And this woman is of mixed ethnic origin from that area. You only have to look at the British press about Brexit to see that issues of border and race are still hot topics for human beings today.

To this day the Herodian mountain fortress of Masada represents the Jewish struggle for autonomy culminating in its siege by the Romans in 73CE. But even at the time of Jesus and predating him there were zealous movements for independence such as the Maccabean Revolt. Then the Jews fought against the Seleucids. Tyre and Sidon were on the wrong side of that revolt, fighting not with the Jews, but against them. People can have long memories, and the Jews had long memories about Tyre and Sidon.

Not only that, but this Syro-Phoenecian woman was a Gentile, not even a Jew.  At this time Jews referred to Gentiles as ‘dogs’. And there is also a fourth obstacle, she’s a…

Not only Judiasm can be found wanting when it comes to world religions modelling questionable attitudes. In this instance every Jewish male in the first century prayed a prayer on a daily basis that gave thanks to God that they were not created as a woman. Now perhaps we can just begin to imagine how difficult it was for this woman to come to Jesus? We can imagine some of the feelings, understand some of the obstacles, that are behind this brief encounter, when Jesus says, “It is not right to cast the children’s bread and give it to dogs.”

I cringe when I read this.

I know I am not the only one who gets uncomfortable because there is a great amount of debate amongst biblical scholars about what exactly Jesus meant. Some will say he was trying to test her. Others will say we aren’t translating this quite right, Jesus really called her a little dog, more like a puppy. But everywhere else in the culture of the time being referred to as a dog was a great insult. So what are we to make of this? What we may have here is a story that anyone who knows the Old Testament would understand. This is the story of God who changes his mind through the heartfelt petitions of one person.

There are several stories like this in the Old Testament: Abraham pleads to God for the people of Sodom and Gomorrah in Genesis 18. Moses pleads to God for the Israelites in Exodus 32. And following in that vein in the gospels we have this Syro-Phoenecian woman pleading to Jesus, the Son of God, for her daughter. Heartfelt petitions that eventually move Jesus and result in the girl’s healing. Maybe many feel God doesn’t really listen, let alone change his mind. But the Bible very much has that understanding. God’s relationship with people changes and progresses – just as Jesus’ attitude to this woman changes and progresses as a result of this brief encounter.

We have no problem at Christmas in Jesus being born and obviously learning to walk and talk as any child would. We learn through our lives and maybe it’s at this point that Jesus learns no longer to call Gentiles dogs as he had clearly been brought up to by his kinsfolk? We must consider why Jesus would lead this mother through a humbling and difficult process before granting her request. While his response does seem harsh, the lesson of persistent faith displayed through a time of testing is a common theme in the Bible. We also know that Jesus’ mission does go to the Gentiles. For Jesus, could that mission have become clear in his mind from the moment of this brief encounter?

We will never know.

We are told instead of another healing in the seaport of Sidon where Jesus heals a deaf and mute man. The healing echoes Isaiah 35:5, “Then the eyes of the blind shall be opened, and the ears of the deaf unstopped.” Mark probably includes this encounter to show that Jesus is the Messiah, the fulfilment of the Old Testament prophets. The first brief encounter Jesus had in Tyre with the Syro-Phoenecian woman, shows that he is not the Messiah that Israel may have expected. His mission is wider, and maybe Jesus sees this for himself in her response and the obstacles that she was prepared to overcome. Jesus appears to change his attitude, just as God in the Old Testament appears sometimes, to change His.

With the deaf, mute man, it begins with the Aramaic word Jesus said and preserved for all time by his followers – ‘Ephphatha’ – ‘Be Opened’. Which represents not just the healing of the man but a command  – Be Opened. But opened from what? I wonder if you have ever experienced a time when an attitude either changed or did not change – and healing either happened or did not happen? Perhaps Mark includes these stories for this purpose, to challenge us? We may never have called a person a ‘dog’ but what have we done? What attitudes have we, either formed or inherited, or passed on? What do we need to be opened to? 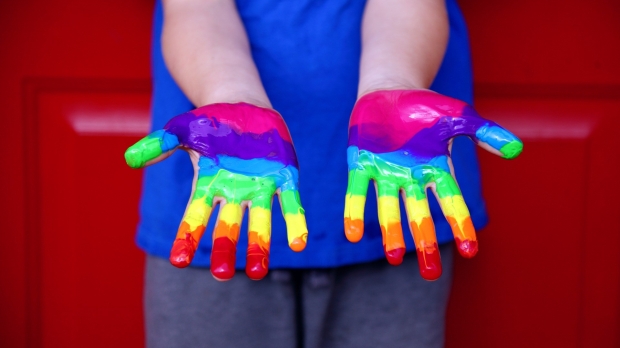 These questions are all the more pertinent in our present age of brief encounters through social media. The brief encounters we have with people, real and virtual, can be either destructive or creative. The choice is ours as to what they may bring, just as it was for Jesus. From the gospels we know what Jesus chose, and at great cost to himself. Whether we consider ourselves to be religious or not, his choices not only defined himself but the history of the world. But what will we choose in our brief encounters?

That is the question only we can answer, and our answers will not only define us but the world that is yet to be.