As a little boy I loved the ‘Space Race’. That time when the USA and the Soviet Union (as it was known then), launched all manner of probes and people into the stars. Now we are on the cusp of a new ‘Space Race’, driven more often by commercial than political reasons. In this past week the world witnessed NASA’s Perseverance Rover, land safely on Mars. Some viewers claim to have decoded a hidden message displayed on the red and white parachute that helped its safe landing. They claim that the phrase “Dare Mighty Things” – used as a motto by NASA’s Jet Propulsion Laboratory – was encoded on the parachute using a pattern representing letters as binary computer code. What does it mean? 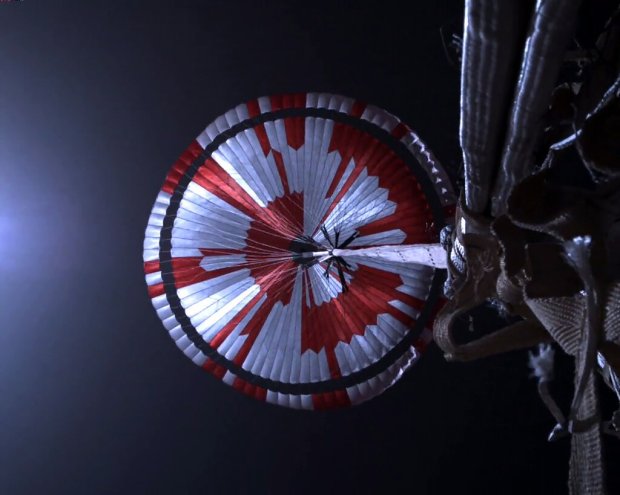 The phrase, ‘Dare mighty things’, comes from a speech given in 1899 by a former President of the USA, Theodore Roosevelt, who said: “Far better it is to dare mighty things, to win glorious triumphs, even though chequered by failure, than to take rank with those poor spirits who neither enjoy much nor suffer much, because they live in the grey twilight that knows not victory nor defeat.” In short, it is better to have tried and failed, than not to try at all. I wonder what that may mean for each of us in the context of the past year? I wonder what it may yet mean for us this year?

It’s a saying that seems appropriate at pivotal points, whether public or private, that often help us to define who we are. What we stand for. What we aspire to be. We may not go looking for them, indeed if this past year is anything to go by, pivotal points often seem to find us. And it is at a pivotal point in Mark’s Gospel, chapter 8, that we hear Jesus addressing the disciples. To put the words into context we need to remember that chapter 8 of Mark’s Gospel is at a pivotal point in itself – it is literally half way through the 16 chapters that make up the book. Is this a coincidence, or is there more to it you might wonder, if you were a literary critic?

And chapter 8 itself contains some pivotal points. It begins with Jesus feeding the 4000 – Jesus is revealed as the true Bread of Life, if you will. And yet, the religious teachers of the day, the Pharisees, still demand a sign from Jesus – acknowledging him only with their indifference and scepticism. Then Jesus cures a blind man at Bethsaida. So powerful was this incident that, as he travels on with his disciples, that we come to another pivotal moment of the chapter – when Jesus asks them; ‘Who do you say that I am?’ One of the disciples, Peter, proclaims Jesus to be the Messiah. That’s when we might expect the chapter to end – because how do you top that? It’s a show-stopper when Peter proclaims it. A model answer for anyone wishing to be a Christian, in answering Jesus’ question, ‘Who do you say that I am?’ But there’s more in Mark chapter 8, which ends: “If any want to become my followers, let them deny themselves and take up their cross and follow me. For those who want to save their life will lose it, and those who lose their life for my sake, and for the sake of the gospel, will save it.”

In other words, it’s not enough to answer Jesus’ question, ‘Who do you say that I am?’ with the words, ‘You are the Messiah, the Christ, the Son of the Living God.’ Even Peter is rebuked in Mark chapter 8, because he does not want to hear what it means to be a follower of Jesus. And Jesus underlines this himself in Matthew 7:21 where he says: “Not everyone who says to me, ‘Lord, Lord,’ will enter the kingdom of heaven, but only the one who does the will of my Father in heaven.”

For anyone who wishes to follow Jesus, the pivotal question is not, ‘Who do you say that I am?’ Instead, it’s implied by Jesus’ words that ends Mark chapter 8. That pivotal question is, ‘Who will you be now?’ In other words, what will we do that is different once we recognise Jesus as the Messiah, the Christ, the Son of the Living God? If we do nothing that is different, have we even answered the question: ‘Who will we be now?’

I think that’s why Jesus gives Peter such a strong rebuke, ‘Get behind me Satan!’, which in turn was responding to Peter’s own rebuke of Jesus. Peter’s answer was not enough. Nothing had changed about his expectations, or his actions, although he had given the right answer. It’s a timely question one year on from when the pandemic changed the world we have grown accustomed too. Perhaps, if we’re honest, even taken for granted: ‘Who will we be now?’

Will we be more mindful of anything, or anyone. Will any of our attitudes or habits have changed for the better, or will we revert back to everything we always once were? And collectively, will we be any different in ways that enrich our world both now, and for generations to come? And in our churches – ‘Who will we be now?’ For as Jesus says, just saying ‘Lord, Lord’, is not enough. For too many centuries we have treated being a Christian as though it were a noun. But for Jesus’ early followers it was as much a verb – a doing word. That’s why in the Acts of the Apostles, the earliest Christians are described time and again as people of ‘The Way’.

In our Lent group this year we are exploring environmental issues in the wake of Covid 19. But one thing we may have all learned from our time in isolation is to count our blessings, and for many of us this has been an opportunity to connect with nature in a way that we have not done before. Many of us, for the first time perhaps, have opened our eyes and ears to God’s wonderful creation, and to the rich variety of animals, plants, and people in it. And we know that whoever we are, we can make a huge difference to help enrich the world.

As I write, we are reminded of this with the funeral of Captain Tom Moore today. A man who, in his hundredth year of life, raised more than £40 million pounds for the National Health Service. His example shows us that there is no reason for us to feel helpless, or fatalistic about the future. 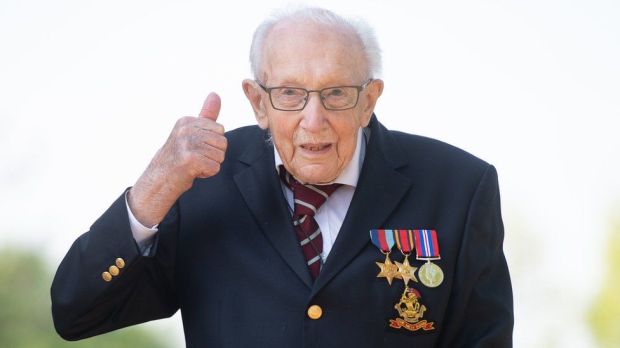 ‘Who will we be now?’ That is the question. And perhaps part of the answer, comes from those other words I have quoted: ‘Dare Mighty Things’. Not just words for astronauts and scientists, but for ordinary people like you and me, as they were first intended. People who can answer them, even after a century of living on planet Earth. They are doing words that shine like the sun, rather than exist in the grey twilight of indifference and scepticism. They are spelt by actions that speak louder than any words. And they will cost something, in order to mean something.

Jesus still asks us today, ‘Who do you say that I am?’ And he is answered not just in a minute, by a single sentence. Nor in a lifetime, by repeating a thousand creeds. But in a life prepared to live the answer, moment by moment. There is no other Way.