In Minnesota, USA, a young African-American woman was describing through live video feed how her boyfriend had been shot and killed by a white American police officer who had stopped them initially for a faulty break light on their car.

It escalated into the murder of five police officers in Dallas by a sniper during ensuing peaceful protests.

In less than a week it was captured in what some describe as an ‘iconic’ photograph by Jonathan Bachman going viral on social media, depicting the contrast between the lightly clothed Ieshia Evans and heavily armoured police in Baton Rouge.

At the heart of these related events a timeless question emerges:

Social media is nothing more than a mirror on human nature. For all our advancements in communications technology it seems we still have a deep and sometimes dangerous fear of those different from ourselves. We have an unparalleled freedom to communicate which also provides a platform to amplify our fears of all that is ‘other’. 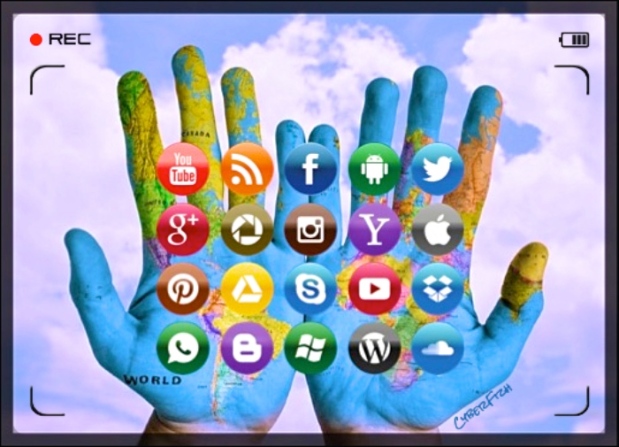 This question was once posed to Jesus who responded with what is called the ‘Parable of the Good Samaritan’. Jesus did not invent parables but he did use them to great effect. A parable is literally something “cast alongside” something else. Jesus’ parables were usually “cast alongside” a situation in order to illustrate a truth.

The phrase, ‘Good Samaritan’, is still used and generally understood to mean someone who goes out of their way to help someone. That being said, the parable of the Good Samaritan can be misunderstood. It may be reduced to a story of showing kindness or we may think of the volunteer organisation, ‘The Samaritans’. But in Jesus’ day Samaritans were hated and feared.

Who were the original Samaritans?

Samaritans were related to Jews but due to historic events were racially different to some degree and accepted only the first five books of the Bible – the Torah. They once built a temple on Mount Gerizim to rival that of Jerusalem. But about 200 years before Jesus was born, a Jewish reformer destroyed it. Then around 6 BCE Samaritan activists scattered human bones in the temple in Jerusalem, desecrating it. There was open hostility. Most Jews practised a kind of apartheid to avoid Samaria ‑ a convention Jesus broke (John 4:1-42). So let’s revisit this story to discern what Jesus really said about who is our neighbour.

What does it mean to live a good life?

In essence that is the question that is asked of Jesus which we are told in Luke’s gospel (Luke 10:25-37) prompted him to reply with the parable of the Good Samaritan. Loving God and neighbour is the verbatim reply of the questioner based upon Deuteronomy 6:4-5 and Leviticus 19:18 but it is clear it is an unthinking response. This is underlined by his next question, “And who is my neighbour?” At which point Jesus tells the parable.

In the parable a man travels on the Jerusalem to Jericho road. Jerusalem is 3,000 feet above sea level.  Jericho is 1,000 feet below sea level.  This is a steep road.  Its geography provides ideal hideouts for robbers. Part of the route is nicknamed ‘Ascent of Blood’ and was familiar to Jesus’ audience. Unsurprisingly the traveller falls among robbers.  But they didn’t just rob him.  They stripped him, beat him, and left him half dead.

What is going to happen next?

I once knew a person who coined a phrase, ‘PLU’, meaning ‘People Like Us’. In essence the first two people to find the victim are ‘People Like Us’: respectable, God-fearing people, who obey the law and practise common-sense. In the context of the story the religious law forbade Jesus’ contemporaries to touch a body that to them probably appeared to be dead. Worse, it may even have been a trap on this notorious road, similar today to people stopping to assist an individual in distress and then being mugged by the rest of a gang in hiding. Therefore both PLU’s in the story pass the victim by.

What would you do?

Will anyone do what is needed?

The idea of a Samaritan being a good neighbour to a Jew would stun those listening to Jesus. This is the punch line. The one who stops and helps is a Samaritan – neighbours are not by default those who are PLU’s but those who dare risk compassion. The question, “Who is my neighbour?” is answered by Jesus that it just might be:

“The last person you would want living next door to you.”

The one to love is the one we are not loving. From Samaria to Baton Rouge: if Jesus were to tell us this story today, who would be the Samaritan for us?

The world still longs for an answer in more than just words. Like the victim in the parable lying on the road, needing more than a prayer. There is only one answer and always has been – from our neighbourhoods to our ‘Global Village’:

Be the neighbour you long to meet.

Or as Jesus said at the end of his story, “Go and do likewise.”